How to Acclimate Nudibranches

How to Acclimate Nudibranches 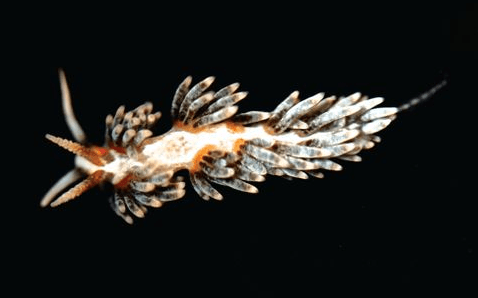 The Berghia will be stunned when they arrive.  They will appear lifeless and many times are balled up with the other berghia.  They are NOT dead, do not panic.  Follow the instructions below:
• Immediately remove the lid from the specimen cup. The specimen cups will be completely filled with water. This reduces bruising or damage to the nudibranch.

• It is not necessary to float, or temperature acclimate the cup, simply remove the lid. DO NOT PLACE A CLOSED SPECIMEN CUP IN THE AQUARIUM

• Sometimes the Berghia can grab onto the lid of the specimen cup. If this happens, use the pipette included in the package to gently push water onto their bodies and back into the specimen cup.

• Make small water changes in the specimen cup by pouring out a small amount of water and replacing it with saltwater from the aquarium. Do this a few times over the course of an hour.

• Once the water in the specimen cup has been entirely replaced with aquarium water, the acclimation process is complete.
Introducing the Berghia to the Aquarium
• First, feed the fish in the aquarium.

• Once the fish have eaten, power off the lights and all water flow.

• After the fish are calm and have turned in for the night, the Berghia can be introduced.

• We recommend placing the entire specimen cup on it’s side in the aquarium. Place the cup near aiptasia, not directly on it. The Berghia will make their way to the aiptasia.

• Introduce all the Berghia at once. We do not suggest using a pipette to introduce the Berghia.

• Allow the Berghia ample time to settle into the aquarium before removing the cup. Leave water flow off for at least 1 hour.

Berghia are small, delicate creatures. When we ship Berghia, they can become stunned and go into a hibernation-like state. In this state, they can be shriveled, curled, or balled up. It is difficult to get an accurate head count when they are in this state. They will typically return to their normal size once they are acclimated.

They will typically return to their normal size several hours after acclimation.

During transit, mature Berghia may breed. If they are in the process of laying eggs, it is best to leave them in the specimen cup, as disrupting and removing them during the process can be physically traumatic.  Mating berghia will appear interlocked.**

A note on wrasses: Berghia are largely nocturnal, and wrasses are diurnal. Therefore, they are unlikely to encounter each other very frequently. Once the Berghia settle into the rocks, they are even less likely to be found.